Yes, you can create a vSAN cluster while deploying vCenter Server at the same time.

Yes, you can create a vSAN cluster while deploying vCenter Server at the same time.

As per vSphere 7 -Planning and deployment Guide:

“The vCenter Server Appliance is a preconfigured Linux virtual machine, which is used for running VMware vCenter Server on Linux systems. This feature enables you to configure a vSAN cluster on new ESXi hosts without using vCenter Server.

Below are the steps to deploy along with vSAN and automatically deploy on vSAN. As mentioned earlier, Once single host vSAN cluster is deployed, follow the due process to add remaining host and configure cluster like any other vSAN cluster.

Provide FQDN of ESXi Host on which vCenter will be installed

Provide the Datacenter and cluster Name

Once Stage Completes , Stage 2 will start. Don’t worry if it get closed. Open https://vcfqdn:5480 and you can start stage 2.

This will take some time , Bring your Coffee if you are in office. If at home, bring your beer 🙂

“All things are difficult before they are easy.” – Thomas Fuller

I have been a strong advocate for Kubernetes ever since I came to know about it. In fact, my first public presentation was “Kubernetes for VMware Users” in Oct-2018 @VMUG Pune, at that time many vSphere Admins were not even aware of what Kubernetes is and how is it going to affect their lives but the momentum had been started and the developers were acting as an advocate for adopting it in their organization. They want to learn the latest tech in the market and at the same time wanted their organization to make use of it.

But, the problems of adoption were huge as developers did not understand a lot about the infra side of implementation while the admins were unable to understand developer problems. At the core of it were mostly vSphere Admins as almost every major organization was running vSphere in its Datacenter. Ofcourse, this all came under DevOps / Platform team but they were not very comfortable with vSphere capabilities.

I had firsthand experience where DevOps team managed to get separate ESXi cluster and implemented Kubernetes but they were not even aware of the most basic offering in vSphere (vMotion, DRS, HA, etc..) and hence the outages.

On the Other side, admins find it very difficult to learn Kubernetes as they were mostly used to GUI things.  While Organization wanted a seamless approach to Kubernetes there were very few on-premises offerings while the cloud has its own challenges( will discuss in some other article). VMware was quick to understand this and with the advent of cloud, it was inevitable to ignore these challenges. While VMware Admins were worried about their future, VMware had its plan sorted out to fill this gap and create a win-win situation for all and it went all in beast mode with a vision to place itself as the leader in this segment. Then came VMworld 2019 and it was made clear with (acquisition of Heptio, Pivotal, Carbon Black) announcement of Project Pacific, Tanzu portfolio and many others showing intent to fill the void.

While the number of people I met and have a discussion they are still confused with Product offerings. So, let’s clear some doubt, while I will cover them separately in detail in separate articles.

Before I explain the difference between vSphere7 with Kubernetes, Tanzu Kubernetes Grid and Tanzu Mission Control you should know what CNCF Conformance is:

CNCF Conformance: “Software conformance ensures that every vendor’s version of Kubernetes supports the required APIs, as do open source community versions. For organizations using Kubernetes, conformance enables interoperability from one Kubernetes installation to the next. It allows them the flexibility to choose between vendors.”

vSphere7:  Latest vSphere with many new features, empowering “You (admin)” to be part of your organization Kubernetes strategy. With just minimal training, you will be ready to support your developers.

When we say vSphere with Kubernetes: That means you can run Kubernetes on vSphere in an integrated fashion using Kubernetes api calls, yaml files.

Supervisor Cluster:
The supervisor is a special kind of Kubernetes cluster that uses ESXi as its worker nodes instead of Linux. This is achieved by integrating the worker agents, Spherelets, directly into the ESXi hypervisor. The Spherelet doesn’t run in a VM, it runs directly on ESXi via vSphere Pods. The supervisor cluster is a Kubernetes cluster of ESXi nodes instead of Linux nodes. The Supervisor Cluster uses vSphere Pods to run container workloads. Native Pods draw deeply on the exceptional security, availability, and performance of the ESXi hypervisor.

A Tanzu Kubernetes Cluster is a Kubernetes cluster that runs inside virtual machines on the Supervisor layer and not on vSphere Pods.

Tanzu Portfolio: Yes, Tanzu is not a product, it’s a portfolio which includes various product and offering, will discuss much talked about here(not all):

Well, that’s pretty much something I like to cover for now there is a lot more to be covered yet, which I will eventually do in a series of articles.

Note: the views here are my own and do not represent my employer. 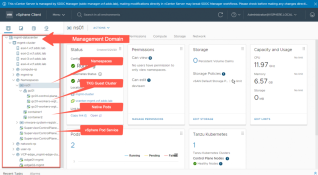 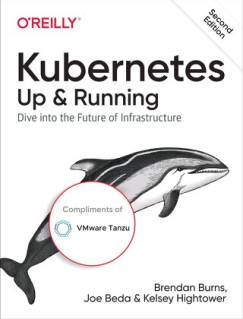 Kubernetes Up & Running: Dive into the Future…

A portfolio of products and services for modernizing applications and infrastructure 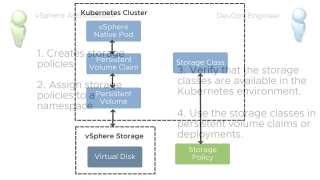 Persistent Storage in vSphere with Kubernetes

This video shows how vSphere administrators can set up storage resources to be used by Kubernetes persistent volumes, and how to monitor those resources using the vSphere Client.

How to Get vSphere with Kubernetes

How to Get vSphere with Kubernetes

We’re very excited to announce the general availability of vSphere 7 today! It caps off a massive across-the-board effort by the many engineering teams within VMware. We have built a ton of new capabilities into vSphere 7, including drastically improved lifecycle management, many new security features, and broader application focus and support. But of course, The post How to Get vSphere with Kubernetes appeared first on VMware vSphere Blog. 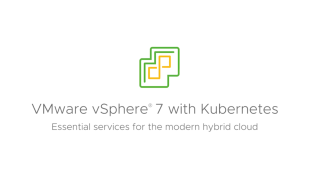 The biggest innovation since the launch of ESXi…

The New vSphere: Essential Services for the Modern Hybrid Cloud